Now the dust has settled after a wonderful, chaotic, boozy, beer extravaganza at Cloudwater’s Friends & Family & Beer Festival in Manchester last weekend, we take a look back at what we learned.

1. You need an Alcohol Licence for a Beer Festival

Who knew?! Jokes aside, day two of the festival almost didn’t happen because Cloudwater were informed at the end of day one that the venue wasn’t licensed.

We’ve no idea how such a high-profile event managed to get to its half-way point before this licensing issue arose. We’re not interested in apportioning blame but it’s kind of mind-boggling, isn’t it?!

It highlights how relatively inexperienced even our biggest craft brewers in the UK are, in the grand scheme of things.

2. There IS a Craft Beer Community 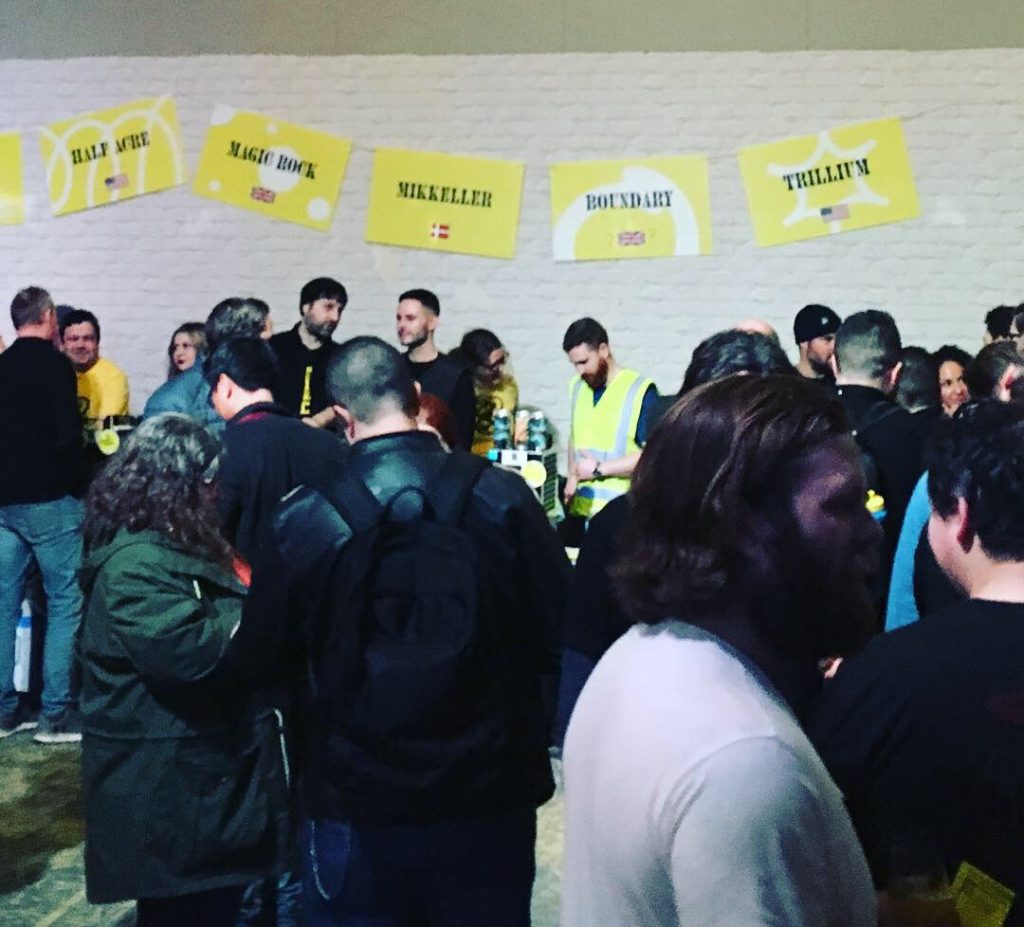 What almost ended in disaster turned into a heart-warming, all-hands-on-deck show of solidarity, commitment and determination to make day two happen.

The outpouring of support from local businesses, council members, MPs, other breweries and members of the beer scene far and wide, made day two a triumphant Phoenix from the flames style success, not just for Cloudwater, but for the beer community, and for common sense.

3. Hazy IPAs from the UK are now on par with the US

While one of the biggest draws for the festival was the lure of the haze from Monkish, Other Half, Trillium and co, we sampled some of the UK’s best while queueing for beers from those American breweries and honestly, Verdant’s Putty, Deya’s Meet Me in the City and Burnt Mill’s Aerial Fog were as good as, if not better than, any of the hyped American beers we tried last weekend.

The bar has been raised in the UK, and the difference in quality when it comes to hazy IPAs from over the Atlantic is now wafer-thin.

While hazy IPAs are almost on par, some of the best beers of the festival were huge fruited goses and sours.

Tefnut was the best beer we tried all weekend, a collaboration between The Veil and Omnipollo; a whopping 11% Imperial Triple Fruited Gose with Raspberries.

The second best beer of the weekend was Never Never Giveup Giveup, also from the Veil, a 5.1% Double Blackberry and Double Passionfruit Gose.

Third? Mikkeller’s Hexadrupelraspberry, a 8.9% lambic style sour with a billion (…ish) raspberries in it.

The UK may have just about perfected hazy IPAs but intensely fruited sours? We can’t think of anything that comes close to touching these beers from a UK brewery just yet.

5. Manchester is a wonderful Beer City

We know, we know… this is not revolutionary information.  If you’ve been to Manchester and have even a passing interest in beer, you’ll know this already, but Friends & Family & Beer brought with it some wonderful fringe events.

Over the course of two days, we stopped off at tap takeovers by Other Half in the new Northern Monk refectory, Fonta Flora in Port Street Beer House, Mikkeller in Bundobust, Verdant in Beermoth and Trillium in the Pilcrow (check out the queue in the photo above!), all in the space of two days. And we missed a number of other events!

Even when there isn’t a major festival in town, Manchester has some of the best taprooms and craft beer bars in the UK.  Cloudwater are an integral part of the Manchester beer scene – and we have them to thank for a wonderful weekend.