We love BEER. We also love PIZZA. The only thing we love more is both at the same time.

Beer and pizza are both so versatile, there’s a style to suit everyone – and each has its own story.  We hope to share some of those stories with you, as well as a few beers and slices along the way!

Know of an amazing beer we haven’t had yet? Found an awesome pizza joint in your area that’s a hidden secret? Sharing is caring, so tell us about it!

If you’d like to be featured, get involved or just fancy a chat, give us a shout. We’d love to hear from you. ✌

This seems like as good a place as any to mention we won the Beer Geek Reviewer Award at BrewDog’s Beer Geek Awards 2018!  We were also finalists in the Social Media category, too. 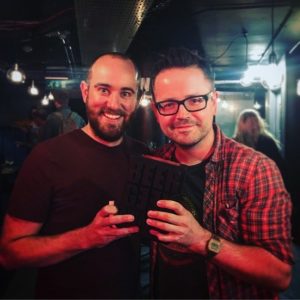 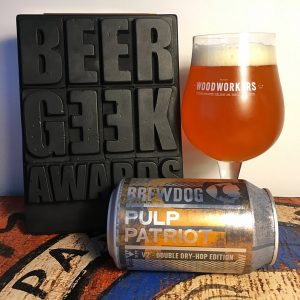 Who are we, though?

By day, I work in digital marketing. By night, I drink beer & eat pizza.  Brooklyn Lager, Punk IPA & Sierra Nevada’s Pale Ale were my gateway into the crazy world of craft beer.

I’ve always loved pizza; from the first baked bean & sausage pizza I had as a kid to the one I had in Lombardi’s in New York, USA’s first pizzeria.

Based in Belfast.  Other interests include punk rock, MMA, pro wrestling & bad jokes.

Spend my days as a desk jockey for the NHS, earning a few pennies to buy the best beers I can.  Beer highlights so far include Pliny the Elder in San Francisco and Tripel Van De Garre in their tiny bar in Bruges.  This year I have a visit to Cantillon planned…

Currently living in Leeds.  When not in one of the city’s fine beer establishments I’ll be curled up on the sofa binge watching some epic TV, playing Xbox or motivating myself to play golf (before grabbing a beer from the fridge) 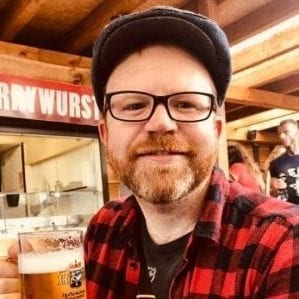 Web developer and amateur historian with a love of dark beers and meaty pizzas and the waistline and bank balance to prove it. Responsible for buying Michael Wilson and Marc Kelly their first-ever pints of Guinness.

Based in Belfast though I’ve drank in Barcelona, Berlin, Brooklyn and places beginning with other letters too 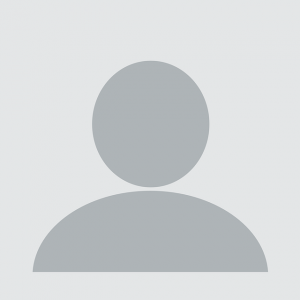 Forever searching for the perfect pint?

Want to share your love of beer and/or pizza with the world?

If you’d like to get involved, get in touch!