Reflecting on the last year… where do we begin? Shall we talk about the global pandemic? The crazy US elections? Brexit? Maybe best we just stick to beer. It’s helped us traverse the toughest year of our lifetime, so let’s give some shout outs to the best brews from the shambles of a year that was 2020..

The list below only includes beers we’ve actually tried (sorry if your favourite beer isn’t on here, we didn’t get out much this year), beers purchased in 2020 and acquired within the UK/Ireland.  We’ve also kept it to one beer per brewery, and to ‘new’ beers brewed in the last 12 months …ish.

Top of our list is this absolutely decadent chocolate pudding delight. Cloudwater crammed in an insane amount of cacao and vanilla here, to create a thick, gooey chocolate brownie in beer format.  A silky smooth, milky chocolate, drinking experience that more closely resembles a Mars Bar drink than any beer we’ve had before or since.

Coming in at 11% ABV and a bonkers 600+ calories per can, it’s one for special occasions. Cloudwater have since made a number of variants including Blueberry & Maple Syrup, Chocolate Orange and Black Forest but the original is still king in our eyes.

This 8% DIPA is the third instalment of a trilogy brewed by Track, North Brewing Co and Wylam having been preceded by LMN and NML. Manchester, Leeds, Newcastle…in case you’re scratching your head.

MLN ticked all the boxes with everything we love about juicy DIPAs on display.  Brewed with Citra, Cryo, Sabro & Galaxy – a juicy tropical joy to drink, full of pineapple and mango, and honestly, with these three breweries involved, you wouldn’t expect anything less.

Another crazy chocolate imperial stout – unlike Cloudwater’s silky smooth MCI, Omnipollo’s Scelerisque is thick like tar, pouring like the chocolate sauce you’d put on top of your ice-cream – and tasting like it too.

We tried this barrel aged beaut at Cloudwater’s Friends & Family & Beer festival – which feels like a lifetime ago – but actually took place in February 2020.  Hard to believe we went into lockdown just a few weeks afterwards and we’re still here, almost a year later.

This beer probably gets bonus points for the nostalgia of beer festivals; one of the things we miss the most. Here’s hoping we can all get back together in a big room and drink beers again sometime in 2021.

DEYA always deliver with their glorious hazy DIPAs.  We’ve opted for Saturated in Citra as our favourite from 2020 but any of their ‘Saturated in’ beers could’ve been on here with honorary mentions to the Idaho 7 and Mosaic versions.

The Citra version of this single hop series brought the perfect balance of tropical, grapefruit, earthiness and hoppy goodness but seriously, just pick up any DEYA DIPA you see and you’ll be in for a treat.

As far as beer names, this seemed fitting for 2020.  We’re big fans of Verdant here and again, this is one of many DIPAs they produced this year that could’ve made the list.  FYI – the beer in the featured image at the top of this article is their Fruit, Car, Sight, Exhibition which was also awesome, although it’s been around for a while.

Where Does the Time Go? is an 8% DIPA.  Another joyfully hazy, tropical juice bomb brewed with Strata, Idaho 7, Citra, and Mosaic hops.  Deliciously dank with a great balance of fruity mango flavours and grassy pine.

A near perfect example of the style – and in a year where it was relatively easy to pick up similar beers from some of the big USA hyped breweries – we’re confident in saying that Verdant now consistently compete with and often surpass them all.

Galway Bay‘s Two Hundred Fathoms has been highly acclaimed over the years and each annual release is becoming more and more of an event. This year was extra special as they also released a limited edition box set including two 2018 barrel-aged variants alongside the 2020 version, coming in a glorious wooden presentation case along with a branded tasting glass.

We haven’t opened the barrel-aged 2018 bottles yet but the 2020 edition is one of the smoothest drinking imperial stouts we’ve had in a while. Yes, we rated MCI and Scelerisque higher in the list but this is the best traditional Russian Impy of the year. Aged in Teeling Whisky Barrels, it has that warming booziness you’d expect but so easy to drink.  Perfect for the cold winter months.

We weren’t sure whether to include this one on the list because Humble Sea are a small-ish brewery based out of Santa Cruz, USA and we wanted this list to be beers somewhat accessible within the UK & Ireland but we got our hands on it courtesy of Track Brewing Co’s web shop so it counts, yeah?

The global pandemic made it a little bit easier to get your hands on some hyped US breweries such as Humble Sea & Alvarado Street thanks to Track and Other Half & Trillium popping up from time to time on Cloudwater’s web shop, too.  I guess with bars closed and various lockdowns, supply chains are a little messed up or they’ve got some spare beer to export? Who knows, but it was a nice little boost during lockdown to get our hands on some unreal US brews.

Pentrich were a new brewery for us in 2020 but they created quite the fuss in the beer world so we hopped on board the hype train.  Speaking of ‘hopped’, Birthdays in Isolation was an Imperial IPA full of Citra, Nelson Sauvin and Simcoe.

A great example of the style at 10% but no hint of the ABV; just a really smooth, juicy orange haze, brewed for their fourth anniversary.  How did it take us four years to find these guys?!

This might’ve been brewed and released at the back end of 2019 but we drank it in January 2020 and it was superb, so it makes the list.  Pressure Drop are a brewery that have gone from strength to strength, particularly in the last few years, elevating themselves from a brewery whose beers we enjoyed to one we now actively seek out.

Behind Door Number 3 was an 8.5% New England DIPA brewed with Longon fog yeast.  It was the culmination of a year’s experimentation pushing juicy and fruity hops to the maximum.  The experiment was a success…

Howling Hops are another brewery that upped their game in 2020. We always liked them but the mixed cases available through their web shop were brilliant throughout lockdown, and great value too.  Their House IPA deserves an honorary mention here as the fresh cans we had during the Summer were up there with the best straight up IPAs this year.

We’ve opted for Rooftops for the list, though.  A 9.5% Triple IPA – a style we often find can be too sweet, too sickly or too boozy, depending on the beer – so it’s rare to find one that hits the perfect balance and ends up being supremely drinkable and more-ish.  Not really what you expect for a TIPA, in a sense, and in a way, that’s why it makes the list.  It drinks like a DIPA – juicy mango, pineapple, lime, coconut. A gentle giant of a beer. 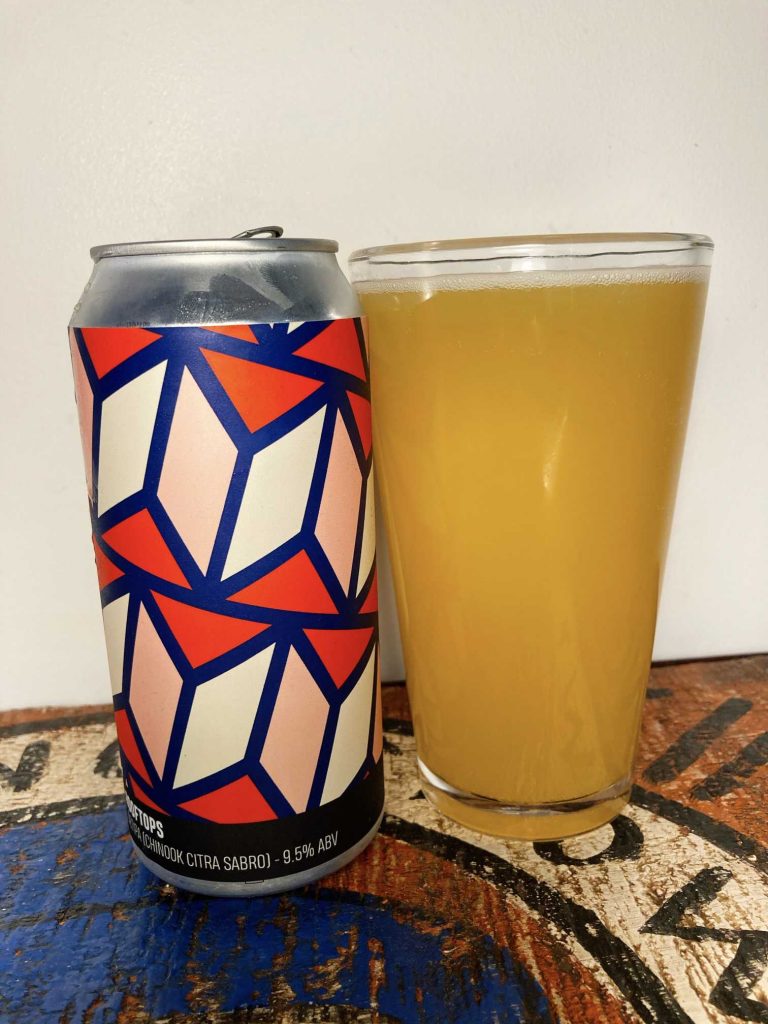 In what was a rather dark year for most of us, it seems fitting that a stout came out on top – and in a year where every passing day, week and month blurred into one – it’s also rather poetic that the rest of the list is a little hazy.

What was your favourite beer of 2020? Let us know in the comments below!