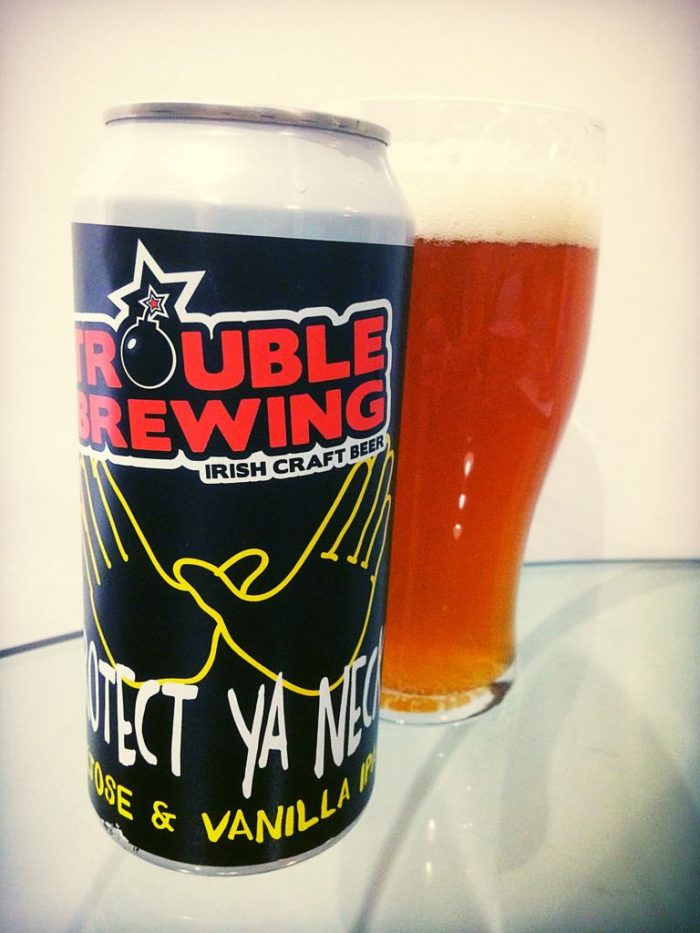 For those unfamiliar with Trouble Brewing, they’re a micro-brewery based in County Kildare, Ireland.  They’re one of the leading lights when it comes to creative, fun craft beers in the Irish market and as such, a brewery we always keep an eye out for.

Protect Ya Neck is a 6% ABV, Lactose and Vanilla IPA hopped with Citra and Amarillo.  We’re not sure if it’s named directly after the Wu Tang Clan song, but as a beer… it’s pretty gangsta.

“The hell-raiser, raising hell with the flavor…”

This definitely isn’t your standard IPA; the vanilla & lactose combine to make it feel like an ice cream beer with a hoppy, citrus taste. Lemon is the prominent flavour with a thick, creamy finish.  This beer is a boozy, lemon sorbet in liquid form.

It’s not a session beer, for us; it’s a dessert beer and one would probably be enough in a sitting. Having said that, it’s a unique take on the IPA style combining elements of a cream ale to create a beer unlike anything we’ve had recently.

This was a small batch brew so there won’t be too many of these around – so if you see one, you know what to do.