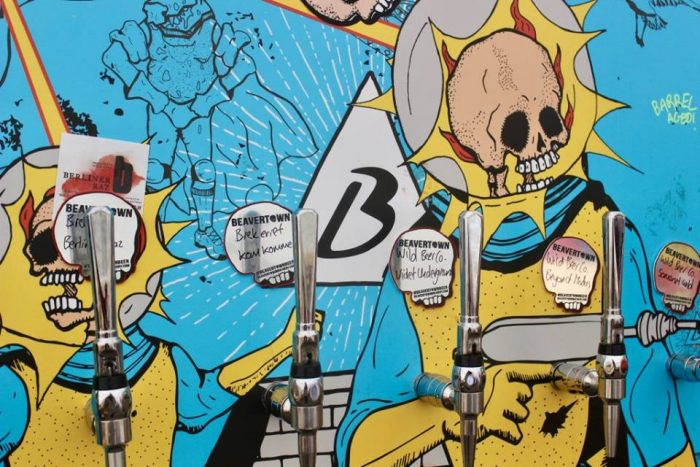 You’ve probably heard the news by now, Beavertown have sold an undisclosed minority stake to Heineken for an estimated £40 million.

There’s been a lot of discussion on this already, some positive, mostly negative.  BrewDog have stated they’ll no longer be selling Beavertown beers and won’t be attending Beavertown’s Extravaganza.  Cloudwater have also pulled out of Beaverex – as did The Veil a few weeks back when the rumours reached their peak.  A number of independent retailers including Hoptimism and Hop, Burns & Black have also decided to no longer stock their beers.

We will no longer be selling Beavertown beers or attending Beaver Ex. I wrote this piece in 2015 but it seems very relevant today too https://t.co/36Jn93MRI3

Hey, folks. We have an announcement about Beavertown Extravaganza. pic.twitter.com/704x5ItbmX

In the words of Ru Paul, we've made some decisions… and one of those is that we will no longer be selling Beavertown beer. We are gutted about this but we feel strongly that we need to be true to our principles & our support of independent beer: https://t.co/DX0tC19PgW pic.twitter.com/cizDuLOfwe

So where do we stand on all this?  We can see why people are disappointed but we can understand why Beavertown have made the move, too.

Heineken have been accused of anti-competitive practices – particularly in the Irish market, where bars are often tied to one macro provider or another, incentivised to carry their drinks at the expense of smaller breweries.

Realistically, trying to have your brand stocked over another is standard business practice, there’s limited shelf space in supermarkets, limited taps in bars, limited room for bottles in fridges… it’s why you never see a bar or restaurant that serves both Coca Cola and Pepsi.  It’s how big brands work, especially when they have clearly defined direct competitors.

There was also the recent report that Heineken promo girls have been sexually harassed in African countries.  This is obviously awful – but these are social issues which go much deeper than the beer brand the girls were promoting at the time.

As a long-time punk rock fan and fierce supporter of the underdog in general, we get it.  It’s impossible to be actively passionate about Beavertown announcing Heineken as a minority partner.  It’s like your favourite indie band signing to a major label.  We’re just crossing our fingers that they retain the quality, brand identity and vision for their beer. We don’t want to turn into one of those guys that “preferred their earlier stuff”…

While hopping into bed with Heineken isn’t exciting in and of itself, the plans outlined for Beaverworld, the creation of 150 new jobs and Logan Plant’s overall vision for Beavertown certainly is. And all of that will now be possible thanks to the investment.

We met Logan at a Beavertown tap take-over in Tilt, Birmingham just over two years ago.  He was supremely passionate about Beavertown and his beer. He was also incredibly open, friendly and had time for everyone who wanted to chat to him.

It’s hard for us to not want to see him succeed – he seems like one of the good guys.  Watch any interview with him on Youtube and you’ll see what we mean.

We’ve no doubt that Heineken could’ve taken that money, made a mediocre IPA and used their existing tap space and marketing muscle to force it to market, rather than investing in Beavertown.  Beavertown may not quite be the trojan horse infiltrating enemy lines – but is it really so bad if they take Heineken’s money and put it to good use building their vision instead?

If you’re a hardcore craft beer fan in the UK, you probably don’t drink as much Beavertown beer as you used to anyway.  Beavertown were pioneers of the UK craft beer scene in its nascent years but they’ve grown exponentially since; in that time, hundreds of small breweries have popped up making interesting, innovative beers on a smaller scale.  These are the breweries that need your support.  They needed your support more than Beavertown did pre-Heineken, and they need your support even more now.

So if you truly want to support craft beer, look beyond the beers you can pick up in your local supermarket.  Visit your local independent bottle shop or craft beer bar, seek out those little breweries and drink their beer.

And for those times where you don’t have access to beers from small independent breweries?  Maybe it’ll now be easier to get your hands on some Gamma Ray, Lupuloid or Neck Oil than it used to be.

It’s a big if but IF Beavertown can leverage that macro money and use it to turn their Beaverworld vision into a reality, then it’s a calculated risk worth taking.

In a world that’s not as black and white as idealists may wish, maybe it’s okay to sell a little bit of your soul if it allows you to build your dreams, create new jobs and make better beer more readily available – just don’t sell anymore than 49%…