Founded by Whiplash & The Big Romance, Fidelity Beer Festival is set to return to Dublin’s Mansion House on July 16th and 17th 2021, following a break in 2020 for obvious reasons.

Building on the success of the first event, Fidelity will once again bring world-class breweries to the city, many for the first time, for two evening tasting sessions over two days. Unlike many other beer festivals, Fidelity’s concept is simple – your ticket includes all your beer samples – no tokens or cash required!  Once you collect your specially designed tasting glass at the door, you’re free to start sampling some of the best beers from a line-up of both international and local breweries. Whiplash will be creating some limited-edition beers for the event too. END_OF_DOCUMENT_TOKEN_TO_BE_REPLACED 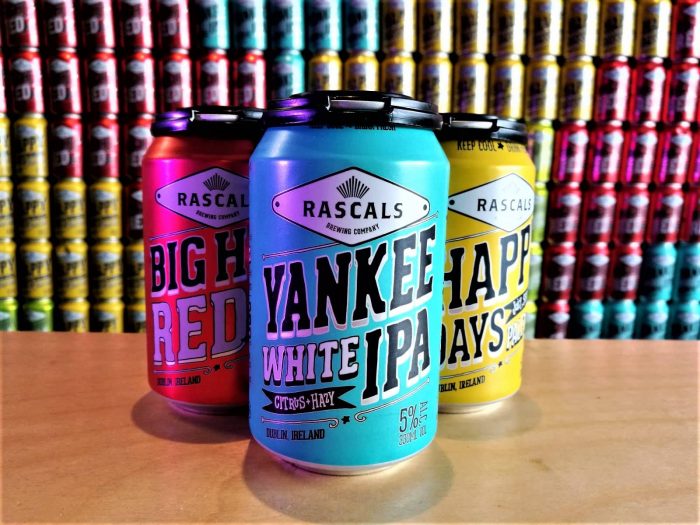 Let’s rewind; these Rascals have been brewing for years. Husband and wife team, Cathal O’Donoghue and Emma Devlin met while living in New Zealand – Cathal was working in pharmaceutical manufacturing, while Emma was employed in environmental science.  They started home-brewing as a hobby.  Fast-forward to 2014; Rascals was officially founded and now, they have a 3,000 litre brewery producing some of Ireland’s best and most innovative beers.

END_OF_DOCUMENT_TOKEN_TO_BE_REPLACED

We recently interviewed Padraig Fox from the Open Gate Brewery and he kindly offered us two tickets to Guinness x Meatopia‘s Sunday Session.

Here’s some photos from an amazing day of beer, meat, sunshine and good times.  But mostly meat.

END_OF_DOCUMENT_TOKEN_TO_BE_REPLACED

The whole world is familiar with the black stuff, but there’s a chance you haven’t heard of Guinness’ Open Gate Brewery.  Based in Dublin at the same location as the Guinness Storehouse, the Open Gate is the Guinness brewers’ licence to be creative.

Although there’s been an experimental brewery at St. James’s Gate for over a hundred years, the Open Gate taproom only opened to the public in late 2015.  Most of the experimental beers are exclusively available in the taproom, although some of the most successful have made their way into bars, restaurants and off-licences across the UK including Citra IPA and Hop House 13.

We were really excited to have a chat with the General Manager of the Open Gate, Padraig Fox to discuss all things beer, food and the third annual Guinness x Meatopia which takes place at the Open Gate Brewery, 5th-7th July 2019.

END_OF_DOCUMENT_TOKEN_TO_BE_REPLACED

Paddle & Peel is the eighth addition to Galway Bay‘s craft beer pub portfolio in Dublin, and their twelfth in Ireland, having opened in mid 2018 on the site of the former Beerhouse at 199 King Street North.

It’s a stone’s throw from one of their other pubs, The Black Sheep on Capel St, so you might wonder if there’s a requirement for a second Galway Bay pub in the neighbourhood but Paddle & Peel ain’t your standard Galway Bay offering… Paddle & Peel specialise in artisanal pizzas!  And as we all know, there’s no better beer pairing. END_OF_DOCUMENT_TOKEN_TO_BE_REPLACED