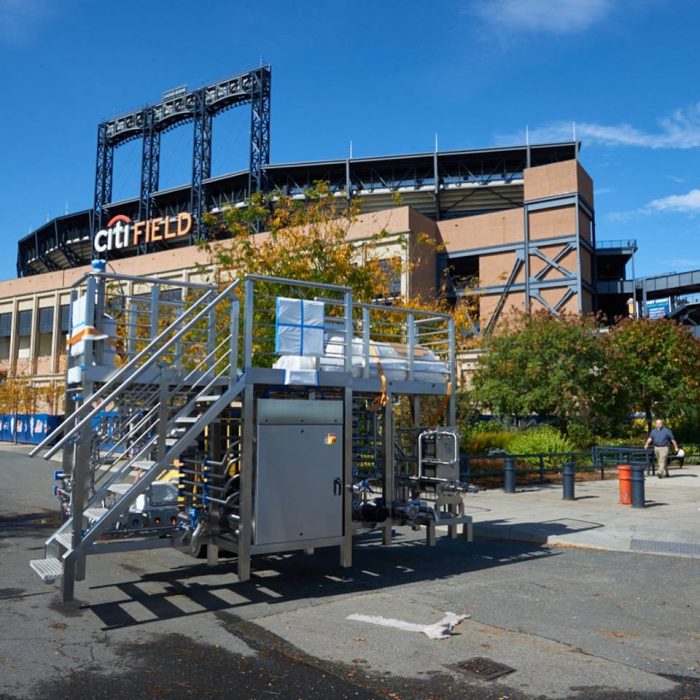 Danish gypsy brewers, Mikkeller, are about to open their first East Coast brewery, Mikkeller NYC.  Based at Citi Field in Queens, New York City.  Having launched two ballpark beers at Citi Field this season, Henry Hops and Say Hey Sally, it looks like Mikkeller have found the perfect hub for their East Coast operations at the home of the New York Mets.

“Since launching Henry and Sally at Citi Field in April, the Mikkeller team and I have come to appreciate how baseball fans in Flushing are quite similar to Mikkeller fans around the world.

Devotees like The 7 Line Army are fanatical about the quality and performance of their team and their community.  They invest time, effort and emotion into supporting the orange and blue and we look forward to sharing this passion”

Mikkeller NYC will include a 10,000 square foot brewery and restaurant, a 20 barrel brewhouse, lots of single batch fermenters and a canning line to provide regular fresh offerings to locals and visitors alike.

The bar itself will be kitted out with 60 taps, they’ll provide public tours of the brewing facilities and there will be a shop to buy merchandise and beers to take home.  It won’t just be open on game days either, you’ll be able to visit all year round, making it a must-see stop for any beer travellers visiting New York.